Welcome to Ellern Mede; My Beginning as the Marketing Officer 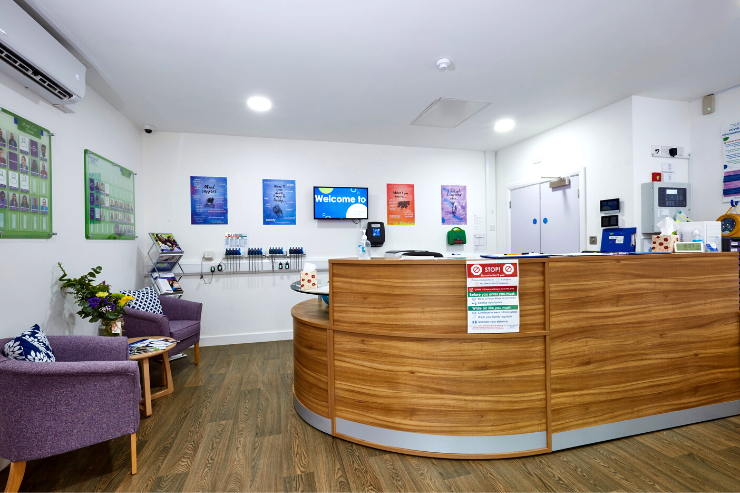 “Recovery is just a matter of learning to eat better,” “They just need to stay away from social media” are the thoughts I had prior to joining Ellern Mede as the new Marketing Officer.

My experience working with mental health was minimal on the first day of my introduction, I met a warm, smiling Hospital Manager and a welcoming Receptionist who felt like a friend already. The hospital was a bright, spotless, comfortable environment which was an insight into how settled in I would come to feel. I was introduced to My Leaning Cloud and like a sponge I began to soak up all of the information regarding policies and what to do during a fire alarm. Then like a tsunami the eating disorders sections crashed into me with its technical terms and case studies. That was the moment I realized I knew nothing about eating disorders the more I studied the more shocked at my ignorance I became, as a millennial I expected my understanding to be superior. The introduction to Ellern Mede had proven I was a contribution to the stigma around eating disorders.

With a new perspective and education on my side, I was enthusiastic to begin my work at Ellern Mede, little did I know I had more learning to do as my first week consisted of getting lost and new introductions. At the Derby hospital I was introduced to the CEO and befriended Lee the Social Worker who gave me a tour of the wards. A red-hot flush of nerves struck my face as I met three of the patients. I remained silent as I quietly waved and smiled at them behind my face mask as a fear of saying the wrong thing engulfed my mind.

Later back in the office I discussed daily activities with Lee and was told more in detail about Nasogastric (NG) feeding. I was shocked hearing his stories about restraint until he put it into perspective by encouraging me to Imagine something that will help me but I believe it will actually do me harm and think how I would then feel. I could tell by the way Lee spoke and by his actions he was passionate about what he does, I would soon find out that applied to many people here.

As mentioned to me by the CEO, people at Ellern Mede wear different hats and it was my time to swap my Marketing hat for the medical secretaries. Like every task I receive I approached this with confidence, then that first call came in and I realized I had no idea how to dial an extension number. Luckily by the time the next call came I knew exactly what to do.

I then saw the first family visit through a small window in the kitchen as I was heading back to my office. Climbing back up the mountain of stairs with my legs crying for a rest due to my lack of fitness, I could not help but wonder what the parents talk about and how they were feeling visiting their child for only a period. Is this their new normal for their child to receive the help they need? How would that feel exactly? Does it resemble seeing a family member on that rare occasion?

A month in and it was time to go to London. I felt as if it were my first day all over again a new building to understand, new patients I would casually interact with occasionally and more staff members to meet I had to rebuild my confidence I had gained at the Derby hospital. I then proceeded to have an intense meeting with the previous Marketing Manager, my Line Manager, the CEO and Melis who manages Outpatients.

As Susan handed me a box as big as me filled with everything I would need, a sensation of accomplishment and nerves filled my gut, I knew this was a big job to do yet this is what I wanted and was eager to do. The CEO proceeded to express his straightforward opinions on my ideas and plans, reminding me of one lecturer I had at university who gave fantastic advice for developing a good plan but when met with an idea she was not fond of she shredded it to bits. I felt like a student again but I knew this was all part of the growth process and similar to my university days It only fueled me to do a good job.

Arriving back at the Derby hospital I felt almost nostalgic. Though I was only away for several days as a homebody who likes predictability this did not surprise me. I arrived back to a missing presence as after years Lee was no longer working at Ellern Mede and with a new Hospital Manager arriving. I felt as if the hospital I entered on my first day was transforming yet again, it transformed from a stranger to a familiar face and it is now gaining a new character. It is still a supportive and kind character due to friendly new starters and the welcoming presence of Elizabeth, the Hospital Manager, new faces and personalities resonate within the hospital walls. Forever changing the atmosphere of its original occupiers.

What surprises will Moorgate bring? What challenges will my new role bring? How will I progress within my new role? Can I fill Susan’s shoes?

BACK TO BLOG READ NEXT Call for nurses to return to nursing ...