The value of inpatient care 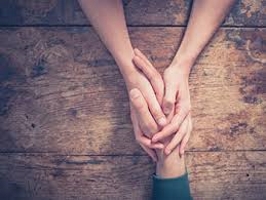 The value of inpatient care

Ellern Mede welcomes the findings of a new study published on 23 February 2022 by the Royal College of Psychiatry, which suggests that the provision of integrated, uninterrupted, inpatient care; stepped down straight into outpatient care, can improve outcomes for adults with anorexia nervosa.

The Study Lead is Dr Agnes Ayton who is also the head of the Eating Disorders Faculty of the Royal College of Psychiatry. The researchers are psychiatrists within Oxford NHS Trust. The study subjects are patients admitted within NHS hospitals within the HOPE Provider Collaborative.

The study involved treating patients with an approach adapted from a model developed in Italy. This new approach has been named Integrated Cognitive Behaviour Treatment (I-CBTE). It combines a planned 13-week admission to hospital, with seven weeks stepped down day treatment, and further outpatient treatment over a total period of 40 weeks.  Link to Research Article.

The research was also presented to delegates at the London Eating Disorders International Conference in March 2022 at which Ellern Mede was a lead sponsor.

How does this recommended approach compare to what Ellern Mede currently offers?

Whilst an inpatient at Ellern Mede, a patient will receive comprehensive dietetic, psychiatric and psychological support. There is a mix of funding options including NHS for inpatient treatment. Outpatient Care is currently mainly funded privately, including through individual medical insurance policies.

Dealing with severe and enduring eating disorder cases is one of the many areas of expertise Ellern Mede offers.

When a patient is weight-restored, has responded to psychological therapies to address underlying aspects of the eating disorder and is closer to recovery, Ellern Mede recommends planned discharge with follow up NHS or private outpatient care. This I-CBTE study, which worked closely with NHS collaboratives, highlights the value of such integrated treatment.

It is interesting that the initial inpatient period the study trialled was 13 weeks, compared to what they describe as ‘NHS treatment as usual’ which would be a short emergency admission. Dr Agnes Ayton, writing in a Press Release about the research, and explaining why a more integrated approach is required in the United Kingdom, said: “People who have anorexia nervosa are admitted to hospital, often involuntarily, when their condition becomes life threatening. They are often discharged when still malnourished and readmission rates are as high as 50 to 60%.”

More information about the research:

The research by psychiatrists at Oxford Health NHS Foundation Trust reviewed outcomes for 212 adults with severe anorexia nervosa admitted to UK hospitals within the HOPE Provider Collaborative, between 2017 and 2020.

Part of the research was to test, on a consenting sub group of 34 patients in the study, the value of integrated cognitive behaviour treatment (I-CBTE) which is adapted from a model developed in Italy. It combines a planned 13-week admission to hospital with seven weeks stepped down day treatment and further outpatient treatment over a total period of 40 weeks.

The study report stated that ‘Treatment as usual’ for severe anorexia nervosa in an NHS setting would be a brief emergency admission, reverting to monitoring in a community outpatient setting, usually by a nurse and sometimes, but not always, psychological therapy.

BACK TO BLOG READ NEXT Georgina's three tips ...