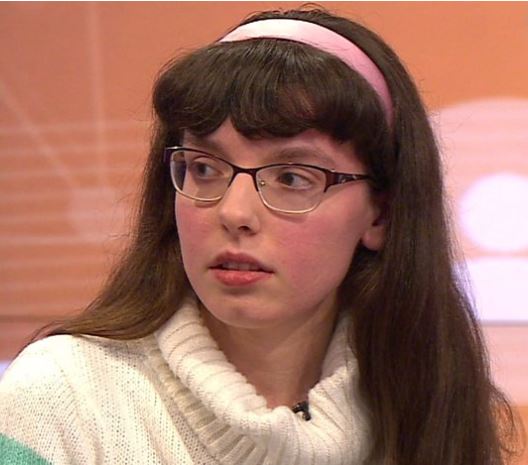 As the harmful aspects of social media hit the news again, one of Ellern Mede’s former patients’ views on the subject are worth reading.Sarah Lechmere, who has struggled with eating disorders, found recovery and an ability to manage her health with Ellern Mede inpatient and outpatient services. She is now a published author, a student, and willing to speak up to help others be aware of social media pitfalls that can make a mental health challenge worse.

Sarah spoke live on television to the BBC’s Victoria Derbyshire programme on 17 January 2020, a programme featuring the role of social media in the tragic death of teenager Molly Russell. Since then, several more young adults have very sadly taken their own lives with friends and family reporting that negative feedback and hurtful comments on social media were part of the problem.

Sarah explained that during surfing the net, she was led by algorithms increasingly to ‘pro-anorexia’ sites, many of which gave tips about self-harm. She still uses Instagram, does find it to have benefits for information and social networking, but warns that she has realised it can feature abusive comments, some even encouraging suicide.

In recent months, UK psychiatrists added their voice to the call by families for greater responsibility to be taken by social media platform owners, possibly permitting their data to be analysed by independent researchers.

Ellern Mede encourages parents to use parental controls on home broadband. Talk to young people about sharing their fears with doctors and trusted friends rather than anonymous internet forums. There is no shame in vulnerability. A visit to a GP is the first step in being signposted to the right professional help. Sites run by organisations that can be trusted, such as the Samaritans, YoungMinds, ReThink are all very much better than internet search where advice can be less trusted.Read the OFCOM guide to controls on Mobile Phones.

BACK TO BLOG READ NEXT Commitment to Equality ...