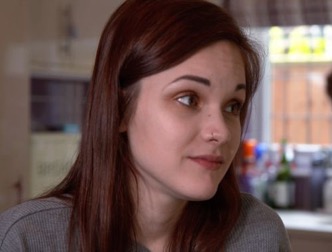 Tonight, (Wednesday 15 May 2019 at 8pm) BBC One will present proof that under 18s, already vulnerable to body image pressures, are being sold ‘diet’ pills by high street retailers. Awareness of this is so important that NHS England’s National Medical Director has openly condemned this.

Stephen Powis, NHSE National Medical Director has told journalists: “We know that these diet pills can cause physical problems on occasions such as abdominal pain or diarrhoea. But we’re particularly concerned about potential effects on mental health.

“That there is a lot of pressure on young people today and many of them are particularly concerned by body image, about how they look and that potentially leading to an epidemic of mental health.

“We need retailers to ensure that they are not selling products to those that are vulnerable, particularly young people who are under the age of 18.”

One young woman, Katie, aged 21 and now recovered from an eating disorder, has told of how, underweight, aged 14, and dressed in her school uniform, she was able to regularly buy diet pills over the counter without even once being given advice or asked for age identification.

The BBC Watchdog undercover investigation has found that although there is no law against selling diet pills to under-18s, packaging advises against it, most stores have a policy against it, and Boots, Superdrug and Holland & Barrett broke their own policies by doing so when tested. Read more on their investigation here. The undercover operative is a 17-year-old teenage actress. On only one out of 18 shopping experiences was she asked for identification to purchase the product and that was a branch of Boots. However, presented with the findings, all the stores involved have promised to take action such as retraining staff and displaying an age restriction on the shelves where the products are displayed.

Dr Hind Al-Khairulla, Ellern Mede Medical Director comments: “We see hundreds of young people every year at Ellern Mede who are struggling with a serious eating disorder. We build resilience skills and tools to help them to manage their condition after discharge from inpatient or outpatient treatment because we know that they face continued challenges in the community, in shops, from social media and peers. We promote full and sustainable recovery and we do body acceptance work to give people the ability to have insight and a better understanding of their nutritional needs.”

BACK TO BLOG READ NEXT Labradors that bring happiness to patien ...