From patient to healing campaigner in her own words 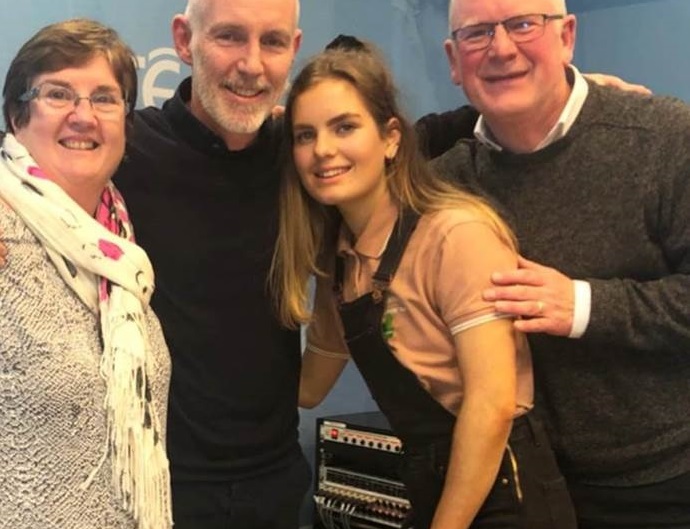 People with an eating disorder all have an individual journey. At Ellern Mede most of our patients leave us transformed, with the skills they need for a healthy future. There are many wonderful stories of transformation and many go on not only to heal themselves, but heal others.

One person who is a former patient of Ellern Mede has given us permission to share the recording of an interview which aired on Ireland’s radio channel RT̕E Radio 1, following another TV Prime Time interview. Emma O’Toole is a remarkable and talented young woman from the Republic of Ireland, who had multiple inpatient stays for an eating disorder to contend with during her teens. She has, over the years, been kind enough not only to stay in touch with clinicians and teachers who helped both with recovery and continuing education at Ellern Mede, but to acknowledge through testimonials and stories and letters to us her acknowledgement that Ellern Mede was important to her recovery. She said so again in the radio interview, accompanied by her parents, in which she shares her recovery story in the hope that other people who may feel lost in their illness will find hope that recovery is possible, provided the specialist help is available.

Way out of an eating disorder

The presenters introduce her as someone who has “had Anorexia, come out the other side, and wants to inspire others and show there’s a way out for anyone”.

Emma said: “I was an anxious child…when I was 11 or 12 food became an emotional thing. I was growing up faster, it seemed to me getting bigger than my friends.”

We all know that cruel remarks between young people can be damaging. In Emma’s case she said “some boys called me fat and disgusting”. The remarks stung, and affected not only her self-esteem but prompted behaviour to try to lose weight and be different. She restricted food types and began to over exercise. She told no-one how she felt. Until her college referred her to the Child and Adolescent Mental Health Services (CAMHS). She refused to believe there was anything wrong with her, even although not eating made her feel numb and dizzy. The illness took her mind off deeper worries. Her father said on radio: “She was wasting away in front of us.”

After many medical visits, the family wrote to their MP in Ireland and soon after, Emma was admitted to a paediatric ward and put on intravenous fluids. Emma thought she would be there for a day. She was there for seven months. There, she received medical care but little mental health care. And the eating disorder took such a hold on Emma that feeling resistant to treatment, she stopped speaking altogether.

Asked by the radio presenter: “What was that internal monologue?” Emma said: “Anorexia was screaming that the treatment was making me bigger. I see a massive person in my reflection. It made no sense to me. I felt to eat was like committing a crime and I felt terrible guilt. I hated being forced to eat, that loss of control, and it seemed this would now be my life.”

Then Emma came to Ellern Mede Ridgeway in London, where she said: “the staff there voluntarily have chosen to work with people with eating disorders, unlike general hospital wards. In time, I knew they really cared. Within three months I wrote down on paper ‘Could someone help me speak.’ We all cried. The doctor had my best interests at heart and she told me to choose recovery.

In January 2015, her father experienced the joy of hearing his daughter’s voice on the phone for the first time in ten months.

Emma’s Dad said of Emma as she is now: “She has her wings. She’s flying.”

Emma said: “I’m in a really good place. It had to be my decision to break free from Anorexia which ruled my life. I knew I was here for more than that and I was not going to let it take any more time of mine.

Emma spoke of the public reaction she received after her appearance on television, when she had a lot of phone calls from people who are suffering with eating disorders. “A lot of people shared their stories with me, sometimes very bad situations. I just want to say that I’m not a professional and I can’t offer advice because I might say something a person finds is not helpful. Some people receive therapy and say ‘that didn’t work for me’. The main message I want to give is that even though recovery is difficult, you have to make that decision and accept professional help.”

BACK TO BLOG READ NEXT Outpatient Service growth ...