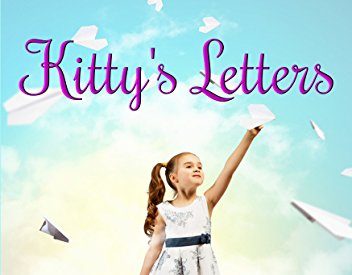 Sarah Lechmere, former patient of Ellern Mede has published her first book.  The book is entitled Kitty’s Letters and combines a collection of story lines through a charming collection of correspondence between Kitty and her friend Cherry and written from the perspective of an 8 year old girl.  Sarah,  now 18, has kindly given us consent to be interviewed and to let you know a little about the thinking behind the book.

Q. Is this the first book you have written? Yes, this is the first, full length novel I have written.  I have written many short stories, including my first one written at the age of 6!  I also have lots of beginnings of stories as well, in readiness for the future.

Q. Tell us a little bit about Kitty’s Letters. The book is made up of several small plots all twisted together into a diary of correspondence which paints a picture of a year in the life of Kitty. The main focus is on Kitty’s dramatic career, she’s a passionate actress and the book follows her ups and downs in trying to be a professional, despite her young age.  There is also a romantic plot when her carer gets a boyfriend, along with a few typical friendship issues which girls of her age experience.

Q. What gave you the idea for this book? My initial idea was influenced by Jacqueline Wilson’s autobiography ‘My Secret Diary’ in which she wrote about her friend who kept a fictional diary.  I’d tried writing my own diary but I always got bored.  I then decided to try and commit myself to writing a letter every day and it went surprisingly well.  I began writing on 26th March 2011 and continued for nearly three years but I do admit that some days I cheated and would end up writing 2 or 3 letters in one day to catch up.  When it got down to writing, ideas came from everywhere, other books I’d read, TV shows I was watching and quite often things which were really going on in my life.  In some cases, because I wrote every day, it was almost like a diary.  Some initial letters which made up the book were changed as the editing process started and in order to put more emphasis on the story line.

Q. Do you have plans for another book?  Yes, this book is part of a trilogy and I have already drafted the next two books. They are currently in notebook stage, but I have another two years of letters (730 letters or so…) which I need to find the time to type up, edit and publish at some point!

Q. Do you have anything else you wish to add? This was actually my third attempt at publishing.  I had previously submitted it to two publishers; one of whom rejected it and another who was not so reliable. I actually ended up publishing the book while I was at Ellern Mede.  It took about 3 ½ months from when I submitted it for self-publishing to it coming out in October 2017.  Phil, the art teacher at Ellern Mede School really helped with the cover design as I am not so good with all things arty.

You can download or purchase Kitty’s Letters from amazon here: https://amzn.to/2jiXbdD

BACK TO BLOG READ NEXT ﻿Christmas with an eating disorder ...