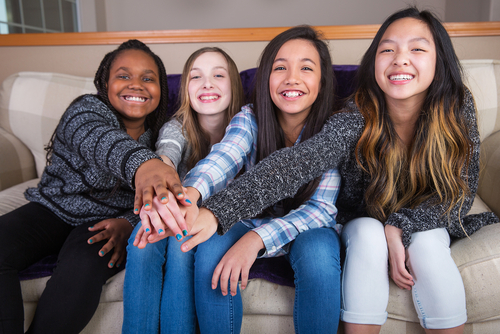 I approached the eating disorder conference hoping to consolidate my knowledge, established through a number of publications on standard protocols.  I found myself getting used, increasingly, to uncertainty and what is currently not known, which was both, refreshing and challenging.  This was put elegantly by Prof. Ivan Eisler, looking at how family therapy (FT) models have been changing over the decades, examining some of the presuppositions no longer applying, and wondering what elements of current FT models for eating disorders (EDs) will be relevant in the future.

The need for flexibility (e.g. personal experience vs evidence-based practices; personalized rate of change; long-term therapeutic interventions) in eating disorder therapeutic approaches was highlighted by the guest speaker, James Downs, a service user, recalling the total focus of therapy, initially, on just his eating, while he felt it was important for equal attention paid to his feelings, narratives and wider context.  Consequently, James suggested that social media could be an outlet for the above, enabling his voice entitlement, acknowledging at the same time their potentially negative side, creating additional needs for instant recognition and gratification.   James suggested that services should join the digital platforms, creating new channels of communication highly relevant to young people.

Professor Eisler suggested that, therapists of any orientation should have clarity about the models of change they subscribe to, these representing the long-term goals, served by different short-term interventions specific to each type of therapy.  Professor Eisler thought that therapeutic alliance was a necessary pre-condition and context for the above, but not an agent of change on its own; additional, important contexts for change were: the multi-disciplinary team and organization, therapist characteristics and the relationship between the time-frames for change of therapist and the family.  Looking at the shifts, every decade since 1975 in FT treatment models for EDs, Professor Eisler highlighted the change of focus from “causal” to “maintaining” factors for EDs, moving towards an agnostic position regarding the former (i.e. acknowledging EDs’ multi-factorial nature and seeing families as resources for change).

I attended the 1st workshop by Tom Jewell on “Attachment as a resource: the role of attachment in family therapy for adolescent anorexia nervosa”.  Tom spoke about his research, utilizing a number of self-questionnaires, exploring the attachment styles, ability to mentalise and emotional regulation of adolescents with anorexia nervosa (AN), as well as family functioning and expressed emotion, in relation to their alliance to their therapist, and, concomitantly, therapeutic outcome.  Tom highlighted some of the differences between the UK and US in outcome measures for AN, but also the lack of research on adolescent attachment styles, posing interesting questions such as when during the course of AN attachment styles should be evaluated.

The second workshop I attended was on “Emotions-what we do with them?: Using Emotion-Focused Family Therapy in Eating Disorder Treatment” by Jennifer Danby.  Jennifer introduced us to the topic of emotions in a very experiential way, reminding us of how the context of any therapeutic encounter, characterised by safety or insecurity, will influence the observed behavior and attitude of family members towards therapy.  Consequently, a stance interpreted as “lack of motivation” in family members could actually be informed by fear, rather than signifying the absence of interest.  Jennifer explained how the core emotions of fear, shame, helplessness, hopelessness, grief, etc. could essentially be informing certain behaviors such as anger, rejection, hostility, over-protectiveness, denial/avoidance, etc.

Jennifer spoke of the importance to voice, discuss and process negative emotions in family therapy, such as fear and self-blame, in order to unburden family members and enable them to be a resource for the young person experiencing EDs.  In the same way, family members are encouraged to act, eventually, as “emotional coaches”, being in a position to recognize and name difficult emotions in young people (paying particular attention to their physiological manifestation), going on to validate them and meet the associated emotional need, inviting, finally, joint thinking and problem-solving with the young person.  This process could offer emotional regulation in the short-term and a deeper connection of trust with time.

Dr Tchanturia spoke about the social isolation people with EDs experience, presenting, during the illness, with a limited vocabulary for their emotions (i.e. alexithymia) at a level often comparable to that of autism, while being unable to enjoy social interactions (i.e. social anhedonia).  As part of therapy in this domain (i.e. see “CREST” manual available in Dr Tchanturia’s website), people experiencing EDs are helped to begin to label and name their emotions.  Furthermore, emphasis is also placed on non-verbal communication, Dr Tchanturia’s research pointing to reduced facial expressivity for this group, interfering with social communication, but also, emotional regulation.

Finally, the contribution of two additional service users and their families highlighted the flexibility and personalization of approach they required, for example, the treatment for eating disorders working only when one young person was actively involved in her plan, getting on board when they were able to trust the process.  Another young person spoke about the changes AN brought to her life, such as social isolation, being previously sociable, as well as an inability to explain how they felt.  They went on to speak about their motivation for recovery, but also the criticism they experienced from social circles (e.g. “being selfish”, “wanting to hurt those around them”, etc.), as well as the difference between recovering physically at the first stage, and needing further input regarding their mental health.

Ellern Mede’s family based approaches have been evidenced as effective in clinical practice worldwide.

BACK TO BLOG READ NEXT Ellern Mede School’s vital role ...