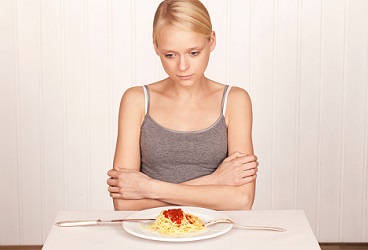 NHS Digital figures evidence a steep rise in eating disorder cases that have led to hospital admissions to 13.885 in the year to April 2017. This is not only the highest this decade but represents a doubling from six years ago when in the 2010-2011 year the number was 7,260.

Ellern Mede’s eating disorder treatment services doubled capacity for inpatient admissions for eating disorders in 2017. This was achieved by adding a new wing to its Ridgeway hospital and opening a new hospital in Barnet with two wards for children and one ward for young adults. The new capacity came on stream in July 2017 and was full by September 2017. It is currently running at maximum capacity.

We note that experts are calling for the NHS to increase capacity for inpatient admissions, cut waiting times for treatment for both outpatient and inpatient services and also to improve the efficacy of community services.

The Guardian newspaper published these statistics in an article on 12 February 2018. The article suggests the patient group forming the largest core of this rise is teenage girls and young women in their early twenties. However, we know from other recent statistics published by the NHS that the incidence of eating disorders among men has also risen.

Ellern Mede typically has a mix of 90% female to 10% male patients and we are able to offer single-sex accommodation and facilities.

Dr Hind Al Khairulla, Clinical Director of Ellern Mede comments: “Earlier intervention in eating disorders is one of the most important changes our health sector needs to make. GPs really need to refer every potential eating disorder for a specialist assessment and not turn people away with a message that they might improve with time.”

Beat director of services, Caroline Price told The Guardian: “What we need is more money put into community services so people can get support closer to home when they need it. If we intervene earlier we can stop people ending up in hospital.”

Part of the emphasis on community services is not just earlier intervention but effective follow up care after discharge to prevent relapse, something very common with an eating disorder condition.

A Department of Health and Social Care spokesman responded to The Guardian saying: “We know the numbers seeking treatment are rising. We are committed to ensuring everyone with an eating disorder has access to timely treatment.” The spokesman said:

Ellern Mede understands that for many families and patients as well as commissioners, inpatient treatment for eating disorders is seen as a ‘last resort’. However, statistics from a number of hospitals internationally and our own experience, suggests that there is much to be gained from short term inpatient stays at an early stage in the illness, with this investment in time saving the higher cost of ‘last resort’ admission followed too often by repeat relapses and admissions. In 2017 we had a successful outcome for a young woman aged 21 admitted for a short term six-week admission who found she was able to recover for the first time after a decade of struggling with an eating disorder. You can read her eating disorder testimony on our website.

BACK TO BLOG READ NEXT Treasure your Dreams ...