Dangers of over exercising 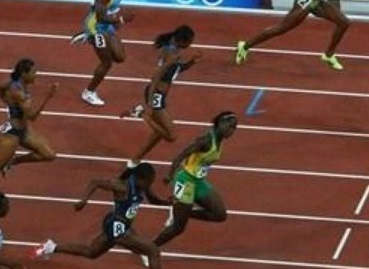 Exercise is essential to health right? Yes it is. Astounding sporting achievement looks worthwhile and something to aspire to? Yes it does. But there’s a danger.

The experience of many professional athletes who have made their stories public shows that too much exercise without a balance of sufficient nutrition is a real danger to health and is linked to eating disorders.

Skating – US Olympic figure skater, Gracie Gold, 22, announced to media in October that the ‘time off’ she announced in September is time to have professional help for an eating disorder condition combined with anxiety and depression. She said: “This time will help me become a stronger person.”

Rugby –  UK Professional referee, Nigel Owens, made public this year that, coinciding with a career of sporting accomplishment, he had struggled with bulimia for most of his life. His obsession with meeting weight and fitness targets for his sport made an easy inroad for an eating disorder to take hold. He knows that bulimia did him more harm than good.

Boxing – Professional middleweight boxer Bradley Price announced he suffers with bulimia. He told BBC Panorama: “People find it hard to believe.” Especially as it is a common myth that any person with an eating disorder will look under weight. In fact, you can be badly undernourished without it being evident.

Fitbits among schoolchildren – As the first school term of the 2017/18 year began, Shroud High School in Gloucestershire decided to take action to help protect its students from over exercising by banning Fitbits, other wearable activity trackers and Smart Phones during the school day. The teachers had discovered that some students would skip meals if they did not hit calorie and exercise goals they had set for themselves. Ellern Mede psychology team leader thinks it is a good idea. She said: “Gadgets that allow users to monitor their calorie intake are a tool that can cultivate an eating disorder in certain people who may be vulnerable to the disease. We can’t predict who, so it is better to err on the side of caution.”

The message to take away is beware of the dangers lurking in perfectionism, unrealistic goal setting and the type of drive to win that accompanies competitive sport; also to be aware that it is never too early to seek professional eating disorder help if you are in any doubt at all that your eating habits are out of control.  Consultant child and adolescent psychiatrist Dr Darren Cutinha, speaking in a recent BBC interview, said: “Eating disorders are probably the only condition in mental health where actually if you get an eating disorder early it can lead to a better prognosis provided you get the right treatment. Delaying the treatment can make treatment more difficult. There’s also good evidence to show that the longer an eating disorder goes on the harder it can be to treat. Eating disorders are renowned for actually having the highest mortality rate of any psychiatric condition.”

The issue of over-exercising in relation to problems with eating is clearly not something that only affects athletes. We all set performance goals of our own. There is a high price to pay for not loving your ‘self’ more than your goal. If you feel you are affected by these conditions please see a GP and ask for a referral to either an NHS or private specialist who can help.

Note: Ellern Mede eating disorder services are only available to the direct public on a private basis. NHS referrals come through NHS commissioners only.

BACK TO BLOG READ NEXT When an eating disorder is misdiagnosed ...