My GP Practice and Eating Disorders 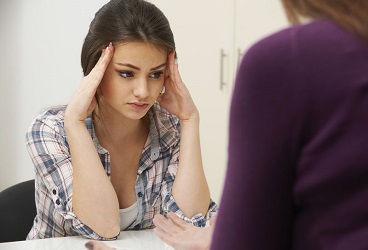 Anorexia has a higher death rate than other mental illnesses. A patient’s first entry into treatment is usually a GP visit. As a GP, am I ever going to find a patient of mine doesn’t find the help they need in time to recover?

Death of a patient? It’s not going to happen in my practice is it? Or could it? What differentiates a child who is going through a phase of loss of appetite from a child who is in the early stages of a chronic eating disorder? The answer is probably nothing tangible. Which means every case of eating difficulty impacting on physical health needs to be considered as a possible indication of an eating disorder.

The tragic case of Pip McManus, a young woman with anorexia who took her own life after years of struggling with her eating disorder made headlines and is well known. But to learn a lesson that will help to prevent these tragedies, it is the family’s story of how clinicians may underestimate the dangers and miss the opportunities to act when a ‘normal’ child displays ‘unexplained’ behaviours that are leading to malnutrition. The fact is that Mental Health Services turn away about 23% of the children referred and in the case of eating disorders, the criteria for admission is often not until the illness has taken a devastating hold on both the psyche and the body.

‘Tomboy’ Pip, youngest of four children, began restricting food and calling herself ‘fat’ at age 12. As she went through transition to secondary school she became more restrictive towards certain types of food, refusing sugar and protein. With weight loss noticed, a GP visit failed to pick up a problem. Then the over-exercising began. Weight loss continued. At this stage again, according to the family, the GP they consulted at first took no action. The family involved a dietician. A GP referral to Child and Adolescent Mental Health Services followed and Pip did have an emergency hospital admission to a general paediatric ward.

The inquest jury found that delays in care were a contributory factor in Pip’s death. There was a significant delay in diagnosing Anorexia. That’s the first thing to note. But the second lesson learned is that the system treated the physical element of the eating disorder – short term weight restoration under medical supervision; the system failed to acknowledge or treat the psychological and psychiatric conditions driving the condition in time to make a difference.

Joanna Moorhead, a journalist with The Guardian, interviewed Pip’s family in June 2017. She wrote: “Anorexia is a Catch-22 of medical conditions: the patient recovers physically, but psychologically may want to relapse. Pip was discharged home [from the first specialist eating disorder unit who treated her] in October 2013, but soon started to lose weight again. There are many elements to Pip’s story, but perhaps one of the most important is that as recently as two years ago, this child with a life-threatening medical condition was ignored because mental health is not prioritised in the way that physical health is.”

Pip was readmitted to the specialist unit informally in 2014, but doctors refrained from taking the decision to use the mental health act for fear of its stigma. Pip had a vision of travelling to America. Doctors thought a history of being sectioned would hold her back.

Further specialist help followed but the consensus from specialists is that it came too late. We all know how the story ended in December 2015 with Pip’s suicide. Jane Smith of charity, Anorexia and Bulimia Care, told Joanna Moore: “GPs can’t be specialists in everything, but no child should be losing weight and there should be a big red flag for any child who is.”

Ellern Mede offers regular specialist CPD seminars on ‘Eating Disorders: What every GP needs to  know’. To register to attend one of these events please email [email protected]

BACK TO BLOG READ NEXT Being safe from COVID-19 ...